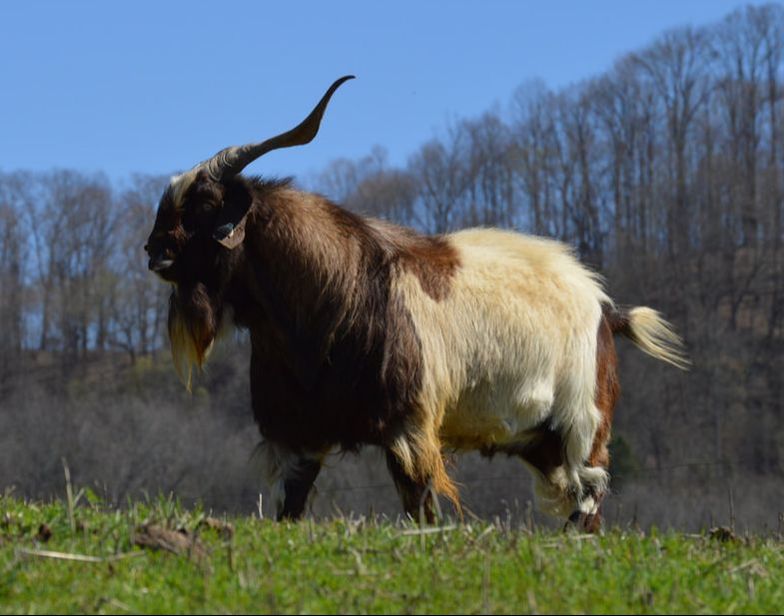 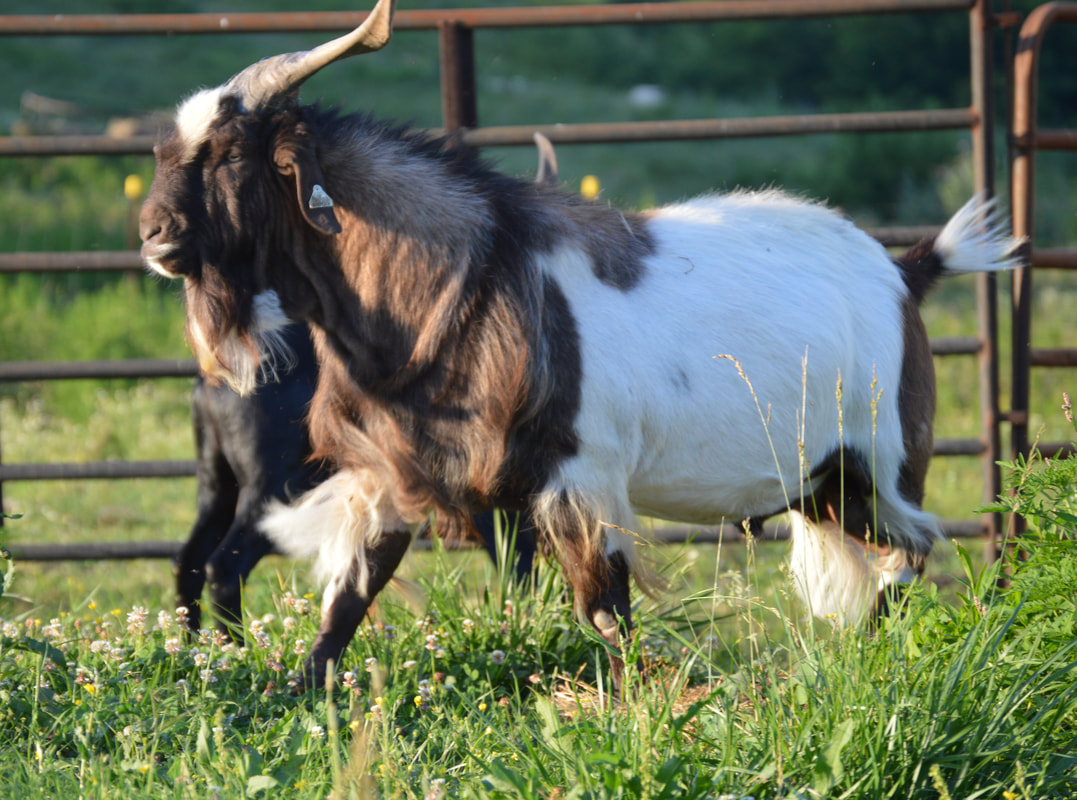 We are so very sad to announce the passing of this gentle giant who contributed so much to our farm and so many others.

Indian Outlaw is a 100% NZ son of MRG Outlaw, highest selling buck at the 2012 NKR Spotlight Sale and sire of the winners of the 2013, 2014 and 2015 Oklahoma Forage-Based Buck Test.
He is a full brother to Outlaw's Goldmine, the highest selling buck at the Appalachian Kiko Invitational 2014. Indian Outlaw possesses all the qualities you look for in a herdsire. This large buckling was the top performer of all the kid crop in 2014, with a farm index of 139! Not only was he the leader in weight gain and size, he shows the parasite resistance commonly found in Outlaw offspring. He has never needed deworming. He has the color pattern of a paint horse and has a calm, gentle attitude. A trait that is much appreciated now that he is older.

His extraordinary size and parasite resistance transmits to his kids. We have seen weaning weights of over 60# for bucklings at weaning!! A true test of a herdsire is what his offspring accomplish, and folks are happy with their Indian Outlaw sons and daughters!! Several have commented that their bucks have added size and value to their current kid crop. We truly believe he is making a positive impact on the kikos of the future. Indian Outlaw's daughters were standouts from the Winter 2015/2016 kid crop with average weaning weights of 43.8 pounds! He has produced several fine bucks and does over the last few years and we are certain he will continue to do so in the years to come. ​
At last count, RDH Indian Outlaw has added over 125 offspring into the registered Kiko community! He has entered the breeding pen here in the fall of 2021 for his 8th breeding season. We are so very proud of his contributions to this exceptional breed!